The BiChamferSide is a shape geometry that features independently adjustable top and bottom chamfers and a taper. It is most useful as the default sweep profile for an Extrude Node. 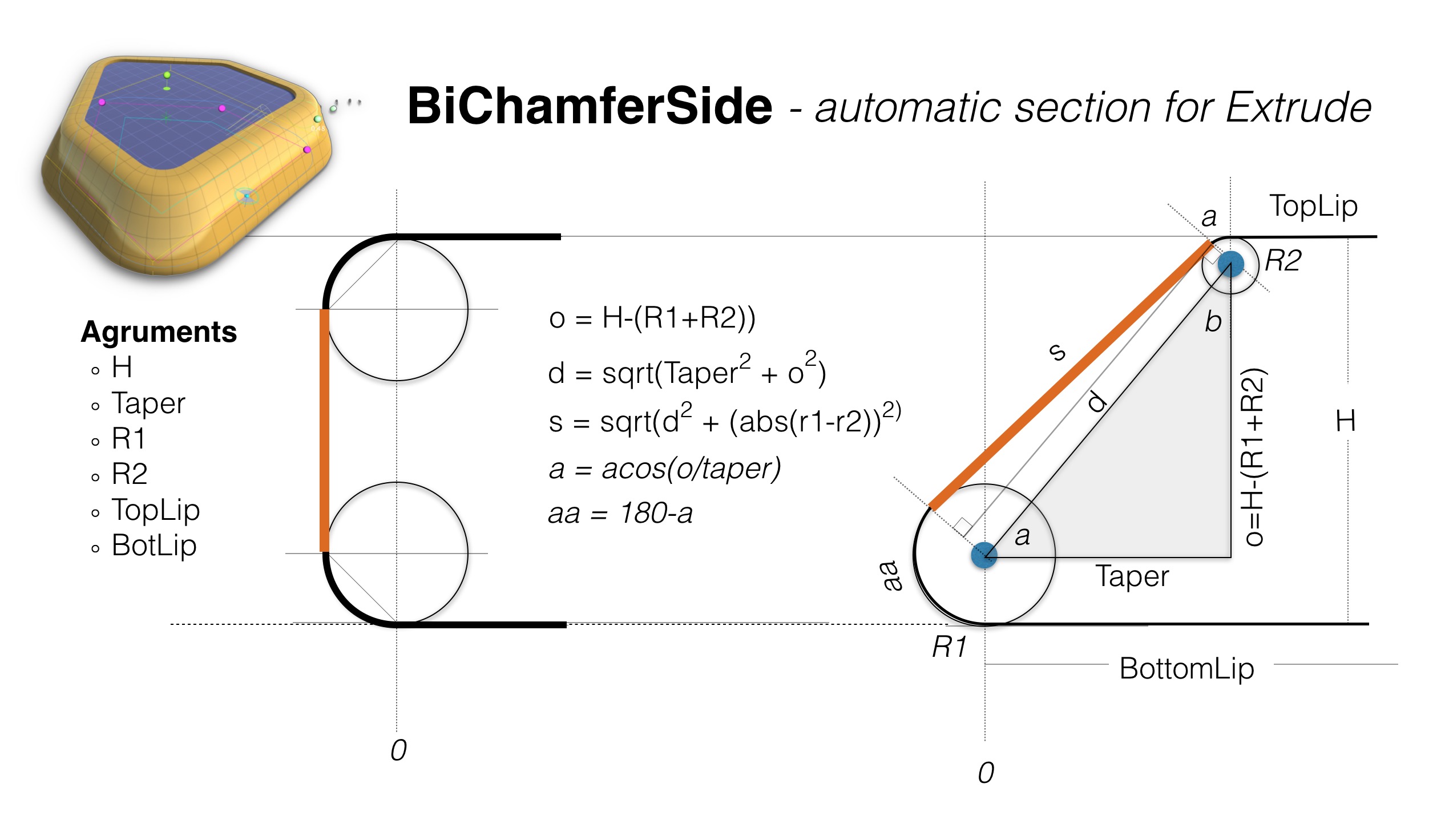 Parametric shapes are the heart of Archimatix modeling. Much of the form generation in real architecture is defined by shapes that are then extruded, swept and repeated. In this sense, architectural forms are a departure from sculptural forms such as organic bodies, automotive forms or geological formations which are more topological in nature and best model with 3D booleans and sculpting tools found in Maya and ZBrush. Much of architecture, on the other hand, can be described digitally using plan shapes and section shapes. In Archimatix, plans and sections are usually parametric shapes.

A parametric shape is a 2D form that is generated by a certain geometric logic and sized by input parameters. A simple but common example of a parametric shape is a circle, which is defined simply by a single parameter, the radius. The full description of a circle at runtime in Unity is a set of vertices that are in its circumference. Depending on the detail level, there may be dozens of vertices. But for the person using a circle for modeling, the radius parameter is a convenient way to think more abstractly about the shape.

To create your own parametric shapes, you can start with an empty Shape node and code your own logic for the geometry using parameters you define yourself.