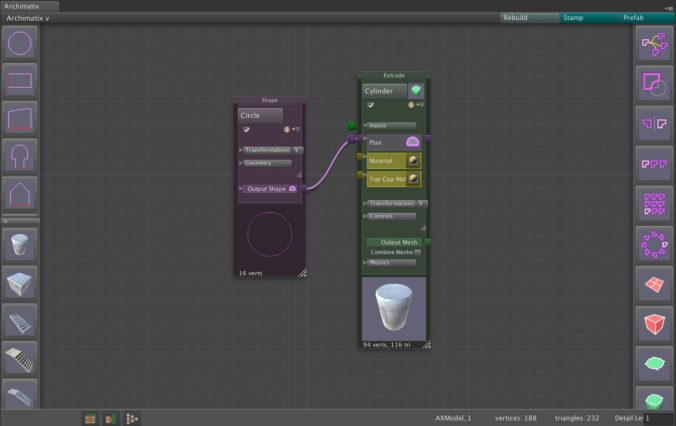 The node graph editor is the graphical scripting window for Archimatix. Here is where you author the logic of your parametric model. You can connect parametric library items and functional nodes such as Shapes,  Meshers, Repeaters and Deformers to describe you building or prop in a way that let’s you play with it in the Unity editor or in runtime.

Anatomy of the Node Graph Editor 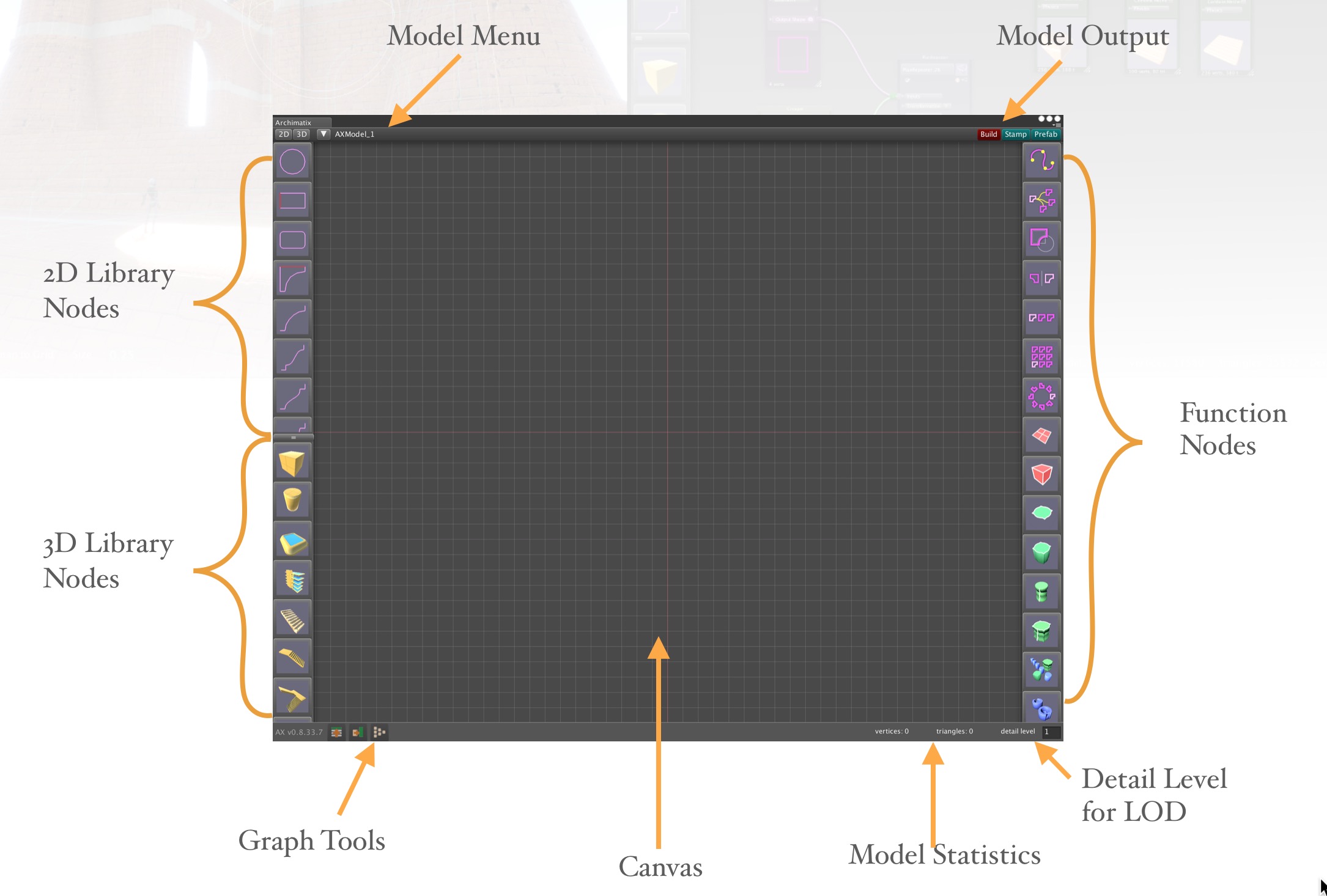 The Node Graph Editor window is organized as a canvas area surrounded by tool menus. To the left and right of the canvas are menus which are used to add nodes to the canvas. The left sidebar features items from the Archimatix Library. Theses items are divided into 2D and 3D items. The right sidebar displays functional nodes, nodes that take some input, process that input and then make the results available to other nodes through an output socket.

Along the top you will find model controls. The group address is a “bread crumb trail” that expands as you open subnode groups. The three buttons on the upper right give you options for model output. The “Build” of the model usually happens automatically when you complete a parameter change. The “Stamp” button creates a “frozen” version of the model that no longer needs Archimatix in the project. A stamped model can then be modified in other modeling packages such as ProBuilder or Megafiers. Finally, the Prefab button saves the model’s meshes to Unity’s AssetDatabase and creates a standard Unity Prefab. This Prefab is also “frozen” and no longer parametric

The bottom bar under the canvas features tools for cleaning up the graph, on the lower left, and provides quantitative feedback about your model, such as vertices and triangle counts, on the right.  To the far right is a Detail Level slider that lets you reduce the number of triangles that the model generates.

You will be us 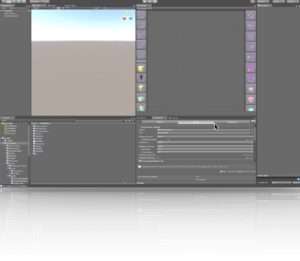