Archimatix is a node-based parametric modeler, meaning that by assembling nodes and relating them to each other in a node-graph, you can author the logic of your form-generating parametric model. Although items instantiated from the Archimatix Libraries are also nodes, the Elemental Nodes are those which are not assembled from other nodes. 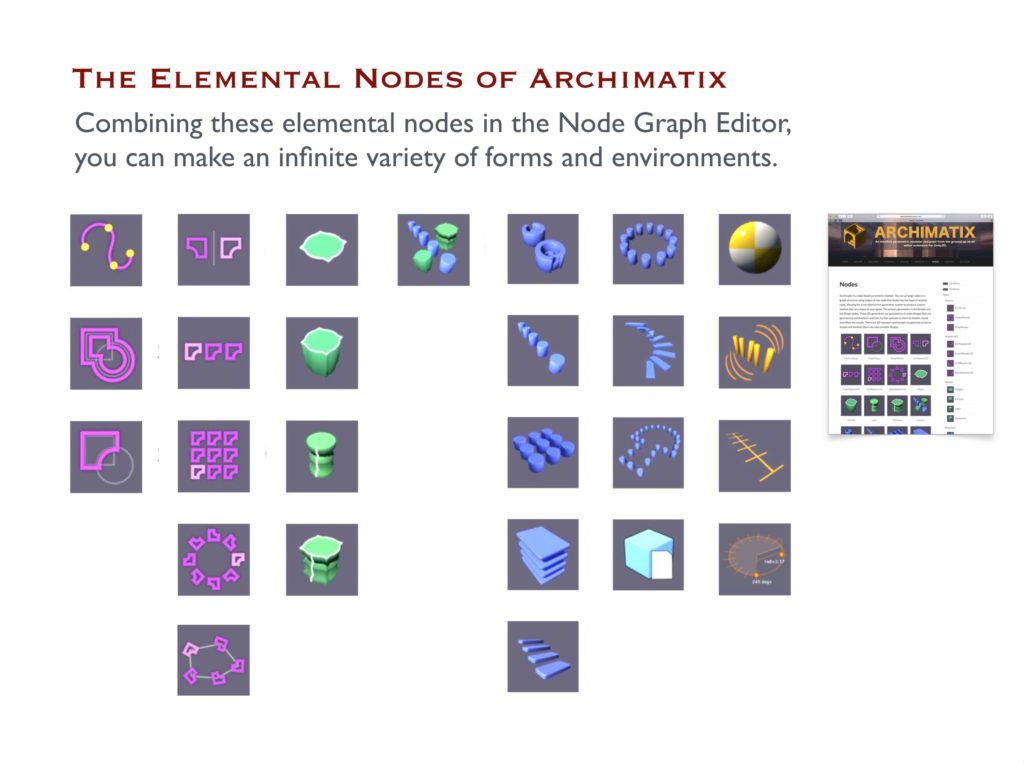 The primary generators in Archimatix are the Shape nodes (the purple nodes in the chart above). These 2D-generators use parametrics to make Shapes that are geometrical and freeform and then further operate on them to thicken, round and offset the results. There are 2D repeaters and mergers to generate arrays of shapes and boolean them into new complex Shapes.

Meshers are the means for generating 3D forms (green nodes). The input of Meshers are Shape nodes and the output is a Mesh.

Repeater nodes (blue nodes) take meshes as input (either the output of Meshers or other Repeater nodes) and distribute them in space according to their internal logic. Repeaters output meshes as well.

Tool nodes (yellow nodes) modify other nodes. Once they are connected to Mesher or Repeater inputs, they are used as a resource to modify the mesh outputs of those nodes.

To assemble nodes into a graph structure, use the Node Graph Editor, a canvas that allows you to assemble the logic of your graph visually.